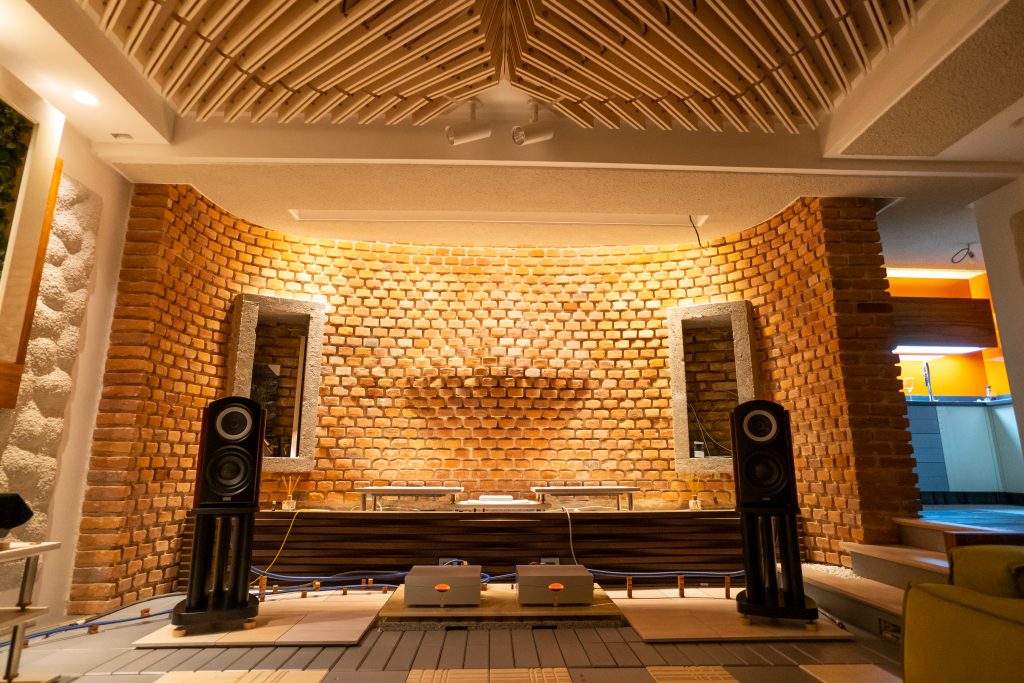 „The story with the YBA Signature line is a simple one.

They are neither good nor excellent, even though they are definitely justifying the word „excellence”. They are not “musical”, they are not… you know… nice or pleasant.  No sir! They are just true.  I would call them true to music in the most simple and pure way. You can add any attribute after this or you can read my thoughts further.

This is the first time when I write about audio equipment. All of this came to me one late musical evening and I did it in one „take”. I felt the need to share the good news. I hope you’ll find it useful.

Every audition with Signature leaves you enriched, refreshed, in a good and relaxed state of mind, with a sense of joy and a confident anticipation that you’ll receive this treatment next time, every time you sit and enjoy the music. Every sound, big or tinny, delicate or impressive, has realism and meaning. Every sound has logic and every right to exist there as a part of the musical whole.

I will put the light on the Monos, maybe because they were the last addition to my reference system. Or maybe because I consider the amplifiers, in general, the most critical part of a system.

The Signatures are strictly about music, music and music. No “sound”, just the blessing beauty of music.

It’s futile to dismantle their sound quality. They score high or very high on entire audiophiles’ checklist and, I dare to say, as far as the solid state amps go, they redefine the numbers in several chapters, i.e. uncanny expressiveness, the beauty of the timbres and invisibility.

Oh, yes, invisibility! That rare quality that makes a product true to the music.

Signature make you feel they are not there, they are neither „playing” music their way, nor editorializing. The music joyfully plays through them. It’s dizzyingly how instantaneously and without any trace of aftertaste they can swing from the most delicate Oistrach’s solo violin to Count Basie or Duke’s big band, from Harry Belafonte and Sony Boy Williamson to Gordon Goodwin’s Big Phat Band, from Eve Cassidy to Snoopy Dog, through Eric Burdon & War and back to Rigoletto. As crazy as the journey may sound, you’ll have it all there. Whatever are you listening you could swear by heart that Signatures are somehow voiced for that genre. Wrong! The monos are „voiced” for the music, they treasure the music.

No „sound”, how about that?

Cut to the point, it makes you easily understand that when God blessed us with music, He gave us the sound just as a mean to express our musical creation and definitely not the other way around.

The sound is so overrated and loud these days that we barely manage to see the forest because of the loud trees. Talking about these days’ flamboyant head banging twist and twirls, show stoppers, brain crushing manifestations and many trials of reinventing the sound… They are all as hopeless as reinventing the nature.  And the market filled with „makers of the best sound of the planet ever” or even better, „out of the planet”… STOP! … Sorry, I’ve got carried away.

Again, in these days’ context, an encounter with products that are so true and simple, it’s almost a blessing. It is also a relief to find out through such products,  that beautiful minded and gifted people are taking care of music by not „producing”, just reproducing it with the utmost respect for the Music.

For users that, for various reasons, are maturely compromising with different solid state amplifiers but secretly, in their hearts, are continuously longing for the almost never coming true emotional satisfaction, I have good news. The encounter with Signatures amplifiers will be a sort of paradigm change. The bliss that naturally rise from the music on certain tube amplifiers, it’s all there in Signature!

Treat Signature with care and respect, allow them to grow-up, partner them with loudspeakers capable of revealing their magical touch and they will warm your heart.

I’m a music lover since I remember then at legal age became a high-end audio dealer and many years later an architect. And as an architect I resonate deeply with that kind of gesture. I put a piece of my heart and soul in every space or building that I design, hoping that I’ll bring joy to the people. So I’m going to say that – and all the people that know the man and his work, know that I’m not exaggerating: The Signatures, are Yves Bernard’s “offrande” to the music listeners. I consider it a reverence to life, the true life.